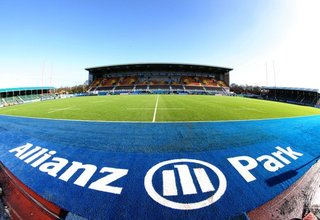 Middlesex University are launching a free shuttle bus that will take students from campus all the way to Allianz Park, making it a lot easier for MDX students to arrive to lectures on time without the stress of making the long journey to their classrooms.

Previously, students had to walk 20+ minutes through a non-accessible route, making it difficult for those requiring wheelchair access, or those who have trouble walking long distances. Other students had expressed that their tight schedule meant they had to skip their lunch break in order to make it to class, or were forced to stay at Allianz Park for longer periodsif they wanted to make it to their next lectures on time.

These concerns have been raised via your Students' Union and Student Voice Leaders. Your Vice President Science & Technology, Khalid Abumaye, and MDXSU President Anas spoke with the university earlier this term regarding the confirmed launch of the scheme, with Anas saying:

“After a long time, MDX students studying at Allianz Park are finally being listened to. There will be no more running to your 9/10am lectures from campus for 20 minutes as we have finally made an agreement with the university to have a shuttle bus transport student from the Middlesex University campus to Allianz Park. This is a big achievement that shows we are listening to the voice of the students at Allianz Park - let’s show them that we care.

The shuttle bus service will start from the 11th November, three days per week.  The pick-up point on campus will be the bus stop opposite the Greyhound Pub on Greyhound Hill, and the pick-up point at Allianz Park will be just outside Gate A.”

It’s a free service, but all staff and students are asked to present their student or staff ID when getting on to the bus.

View the updated timetable for January to March 2020 below: 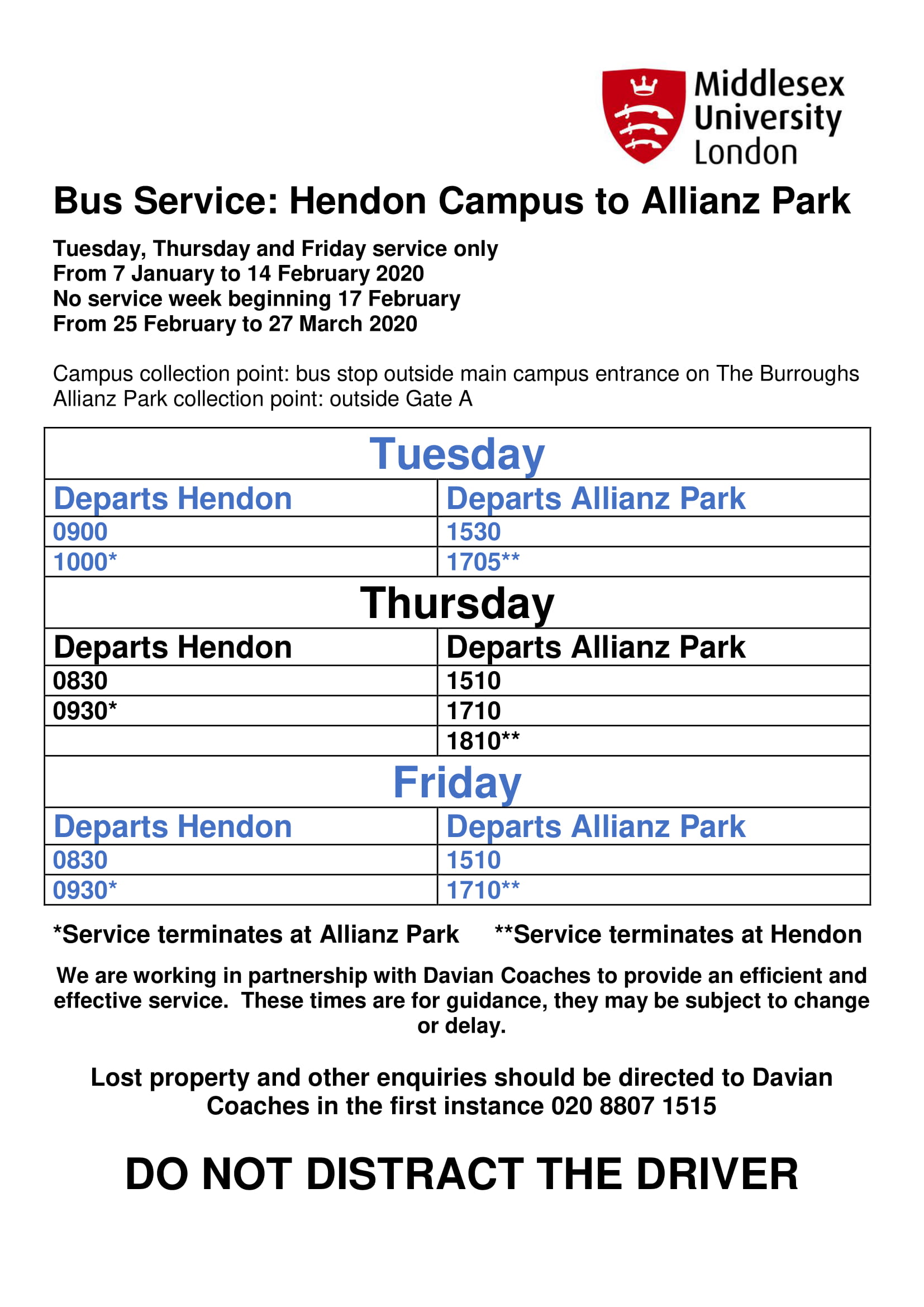