Elections are about giving you a voice to have a say on the future leadership of your Students' Union. Our job is to make sure as many students vote as possible, and we want to reward those who do. This year, we're introducing the following rewards for voters! Scroll on to find out how you could be in with a chance of winning.

Each day of voting, we'll announce a daily prize for one lucky voter. All you have to do is vote at mdxsu.com/Vote and you'll be entered into the prize draw for that day. The earlier you vote, the more chances you have of winning, as you'll be automatically added to the remaining prize draws throughout Elections!

Every time we hit 1000 voters, we'll randomly pick one lucky voter who will recieve a £100 Love To Shop voucher. So make sure you get all your friends to vote for an even higher chance of winning! Check below to see how many people have voted. 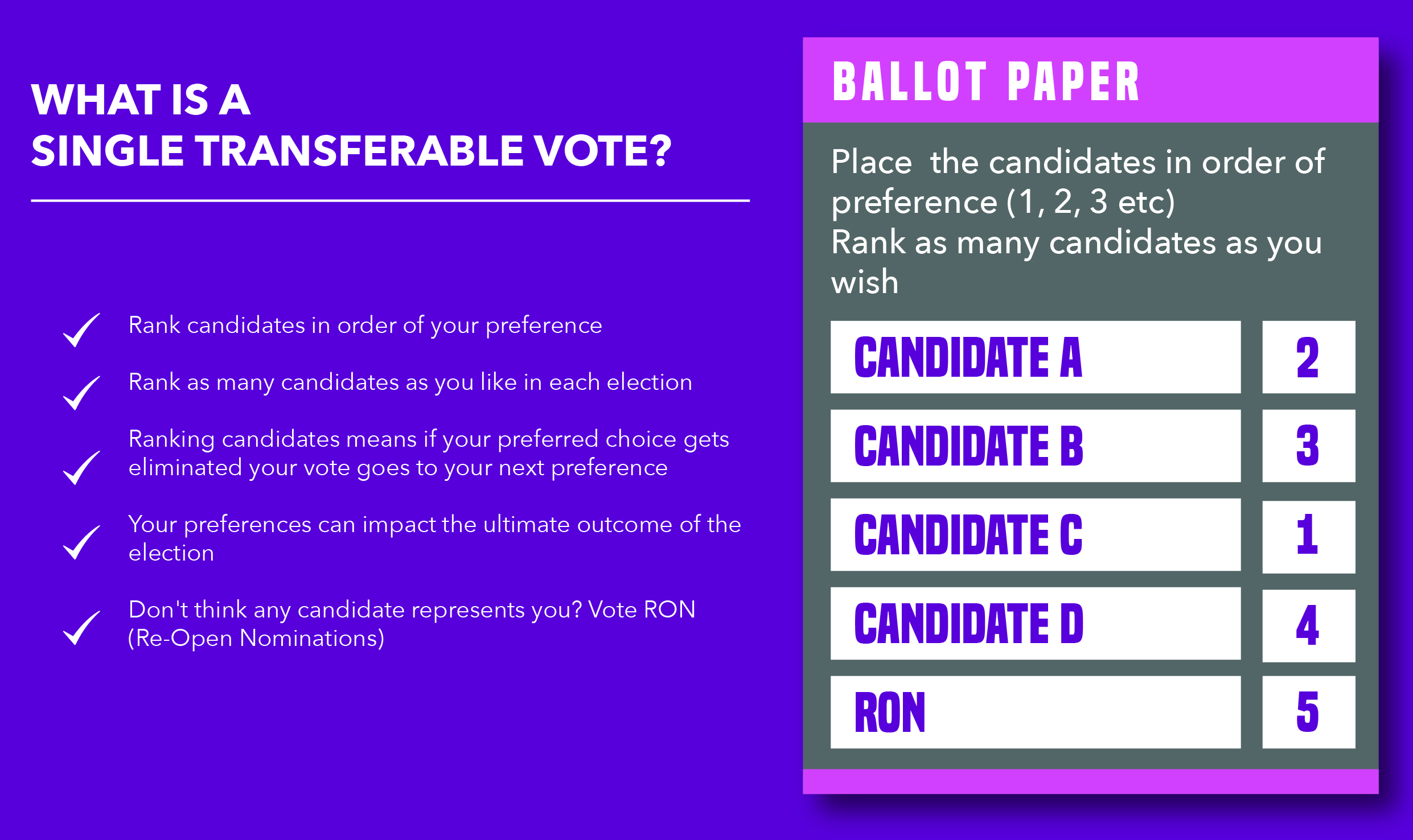 The Single Transferable Vote (STV) is an electoral system that puts the power in your hands. STV is designed to achieve proportional representation by ranking your chosen candidates by preference. Each voter gets a single vote per election electing multiple winners. Vote for your preferred candidate and also vote for back-up preferences. Your vote will go to your first preference if possible, but if they are elminated, instead of your vote being thrown away, your vote is transferred to your back-up preferences, with your vote being assigned to your second, third, or lower choices.