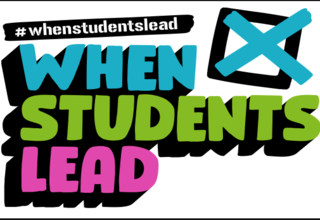 The General Election on Thursday 12 December is an important opportunity to have your say and vote for people and policies you believe in.

The winning candidates will represent you in parliament and influence decisions that affect you, so it's important to vote for a candidate and a party who you feel will best represent you and your views.

Want to know where the Conservatives, Greens, Labour and Lib Dems stand on issues that you're passionate about? Read on to view their committments on key issues affecting students - tuition fees, Brexit, travel costs and Living Wage pay.

You can also complete short online quizzes which compare your views with political parties, asking your thoughts on key issues then letting you know which parties your opinions align with. You can complete the I Side With... Quiz,or the National Union of Students (NUS) have also created a similar quiz focused on students.

MDXSU are also hosting two Question & Answer sessions with local candidates for Hendon. Hear from Lib Dem candidate Clareine Enderby on Monday 9 December, and Labour candidate David Pinto-Duschinsky on Wednesday 11 December. The Green and Conservative candidates were invited to attend but did not respond.

Visit our General Election page for more information on voting - from who is eligible to vote, to how to find your local candidates and polling station.

Conservatives:  Consider the recommendations of the Augar Review in regards to tuition fees. Look at interest rates on loan repayments and to introduce a maintenance grant of between £5,000-£8,000 for nursing students.

Conservatives:  Leave the EU by the end of January, with MPs voting on a deal before Christmas.

Green Party:  A second referendum (People’s Vote) on the terms of a Brexit deal, with remain as an option.

Labour:  A second referendum between remain and a "sensible" new deal.

Liberal Democrats:  Revoke Article 50, and the UK to remain a member of the EU.

Conservatives:  Increase the National Living Wage to two thirds of average earning (forecast to be £10.50) for everyone over 21 by 2024.

Green Party:  Increase the Living Wage to £12 and extend it to workers aged between 16 and 21.

Labour:  The rapid introduction of a Real Living Wage of at least £10 per hour for all workers aged 16 and over.

Liberal Democrats:  Establish an independent review to consult on how to set a genuine Living Wage across all sectors.

Labour:  Introduce free bus travel for under-25s (in councils that take control of their buses) and the renationalise rail to make fares simpler and more affordable.

Liberal Democrats:  Freeze rail fares for commuters and season ticket holders for a parliament, and fix the broken fares and ticketing system so that it provides better value for money.

For more information on the General Election on December 12th, visit www.mdxsu.com/generalelection