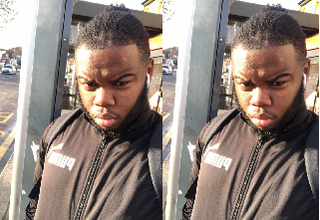 I’m a Law student and the commuter students intern at MDXSU. As a result of delays, cancellations and the ridiculous wake up times (especially when it's 9 AM)  I can tell you first hand that trying to make it to your lectures on time is a  stressful experience. Even when you get in on time you are so tired from having to get up so early that you find it difficult to engage with the topics, which results  in all that valuable information being missed.  Many other universities have realised this and have decided to use Lecture Capture. This can enable those of us who have missed the lecture due to various reasons that we can’t control to not fall behind, and still be entitled to the same learning as others. It’s also an opportunity for those of us who are present to able to go back and pick up on things that may of been said to fast or even just to recap to deepen our knowledge. We all pay tuition fees so why should some of us miss out especially when it’s no fault of our own?

What is Lecture Capture? Lecture Capture is a system which allows you to make automatic recordings of your lectures or presentations without having to set up a camera, microphone or other recording equipment. You can just record the screen. The recording can be reviewed and edited before it is shared with students through Blackboard. As well as this the system allows you to record audio, the computer screen and video. You don’t need to record video if you don’t want to, meaning that there is a way of recording to suit different kinds of lecturers needs/ type of lessons.

Lecture Capture enables students to recap on theories or concepts and to revisit points they haven’t understood from lectures they have missed, and to support students with specific educational needs. It also helps students to support students who do not have English as their first language.  One of the most important  beinefits of it is that it allows students to actively engage in the information in lectures so notes can be made after rather than trying to do both at the same time in lectures.  Lecture Capture has been used in many universities and the numbers are still growing to name a few;, Queen Mary University, King's College London, University and the University of Sheffield all use Lecture Capture and have reaped the benefits of it.

Despite the main concern being that this would result in attendance to lectures being low, City University London found that “ there is little evidence of this among comparable UK institutions…Usage reports also show that students tend to review short passages rather than watching or re watching entire recordings, suggesting that they tend to use the facility to review complex or important parts of the lecture.” A student interviewed at Kings College University London  liked that they had  “the opportunity to go back to a lecture and listen again when I didn’t understand the lecturer because he/she was either speaking fast or unclear, or the topic was complicated.”

As a Law student at Middlesex University and a commuter, I envy the other Universities that have made this step forward in learning. I would find it extremely useful to have this available to use.  Law is such a complex subject and I’m sure that others agree with me when I say we  would benefit so much from hearing information more than once. The reason why I feel Middlesex needs to introduce Lecture Capture is that they only have the PowerPoint slides available online. In most cases the PowerPoint is accompanied by further information by the lecturer. This results in students not getting the full lecture from the PowerPoints alone. Panopto is a company which provides software for Lecture Capture conducted a  study involving 15 universities on the effect of Lecture Capture on grades. Out of the 15 studies that measured the impact that making lecture recordings available for review had on student achievement: 10 found that the availability of lecture capture was correlated with higher grades, 4 found no correlation one way or the other, and only one saw a negative impact. Despite this being a small sample it does show the effect of Lecture Capture, so why shouldn’t Middlesex have it?

For these reasons I feel it is essential to have lecture capture used here at Middlesex as  there is nothing worse than waking up extra early for a 9 am/10am to make sure that you are not late and you still end up missing your lecture and losing out on that valuable information through no fault of your own. Everyone at university regardless should be able to access the same level of learning. Having Lecture capture can also prove vital to students with learning difficulties. Lecture Capture would enable these students who may be embarrassed to ask the lecturer to explain a point again in front of everyone in a lecture hall,  to replay the lecture in the comfort of their own home or privately elsewhere and this will result in them not being left behind.