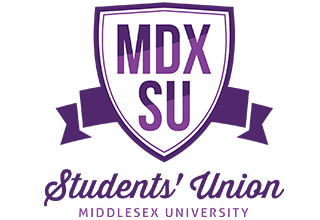 After a week of amazing campaigning and voting for the MDXSU Elections, the results are now in…

2,289 students voted to decide who will lead Middlesex Students’ Union in 2016/17 - the largest turnout in MDXSU history - with 13.7% of Middlesex voting in this year's elections.

Thousands of votes were cast in the voting period between 10am Monday 29th February and midday Friday 4th March, with students voting in six elections for both full-time and part-time positions.

The candidates and their campaign teams spent the week sharing incredible campaign videos, speaking to hundreds of students across the university campus and halls and making amazing speeches at Question Time. The imaginative manifestos and the passion and respect they demonstrated throughout the week are a credit to themselves and to MDX, and illustrate just what an incredible student population we have at Middlesex!

The amazing voter turnout would not have been possible without the hard work of the candidates and their campaign teams, and everyone involved should be incredibly proud of what they have achieved. Whether or not you were elected, we hope that standing and campaigning was a valuable experience in itself.

To reward and celebrate all candidates and campaigners, five awards for Best Video, Best Campaign, Most Innovative Campaign, Hardest Working Team and Candidate’s Candidate were given out at Results Night in MDX House, after being voted on by candidates and MDXSU staff.

And now for the MDXSU Elections results

Read on to find out which candidates will be leading your Students' Union in the coming year!

First, your full-time Student Officers, who will take up their posts in July 2016...

1775 votes were cast for President. There were five candidates in this hard-fought election, with the student body ultimately electing Simba (Sulaiman), who won the election with an amazing 900 votes! In his manifesto Simba has pledged to extend free NUS Extra cards to all undergraduates, lower the price of food on campus, campaign for free graduation, lobby for a sports hall, increase food options, increase counselling support and campaign for a stronger security presence on campus. Click here to read Simba's manifesto in full.

1196 votes were cast in this election, with Law student Katie Dragomirova winning the election with 530 votes! In her manifesto Katie states that she will seek to increase part-time jobs in MDX, establish an annual international food market, make tampons free, campaign for free graduation, raise the profile of student businesses and entrepreneurism, and manage a feedback tracking system to ensure efficient, timely feedback. You can view Katie's manifesto in full here.

This election was the closest election of the year, with just 52 votes between the elected candidate and closest competitor Rebecca Sykes. A total of 992 votes were cast to decide which of the six candidates would be elected to the post, with winning candidate Joe Cox receiving 391 votes! Joe has pledged to campaign for longer opening hours and better catering in the Grove, a more user-friendly loan store system, better funding for sports, more laptops and computer space in the library, a blacklist of bad landlords and a review into the Student Union's no platform policy. Click here to view Joe's manifesto in full.

Orla Hillary was re-elected as Vice President Health & Education and Science & Technology. Despite being the only candidate running in this election, the hard work and passion shown by Orla and her campaign team throughout the elections resulted in an incredible 842 votes for Orla, out of 892 in total! Orla will be working towards two graduations a year, cheaper food on campus, improved timetabling and more funding for sport. She will also be continuing the campaign she began in 2014 to keep Wednesday afternoon's free from classes for sports and co-curricular activities. You can read Orla's manifesto by clicking here.

The Students’ Union also elected a number of part-time officers.

Click here for the breakdown of voting for all elections.​

For photos from elections week and from Results Night, head to the MDXSU Facebook page!

Thank you to everyone who had their say and voted. Your views have been represented, and have helped to shape MDXSU for the coming year. A further thank you to the entire MDXSU team – staff, interns, volunteers – who have supported the nominees throughout their campaigning, and, through organising and delivering another successful election, have ensured that the Students’ Union remains a democratic, representative organisation.