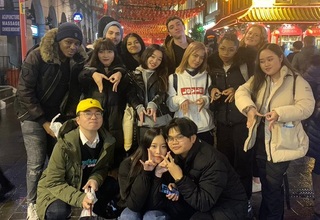 We interviewed our Kpop & Culture Society to find out what makes them tick, and how they're making waves outside of campus with their dance crew M9teen. Read on to learn more about what they get upto and how you can get involved.

How did the K-Pop & Culture Society start?

Sara (President): “Me and two of my friends, Rachel and Saika (Vice-President and Finance Manager) wanted to create a place where we would feel at home, and 100% comfortable, we realised there wasn't an active K-pop society so we thought why not? It was a little more trouble getting it started than we thought though, because although there might not have been an active K-pop society, the "k-pop society" name was still registered and taken, so we decided to call ourselves "Korean Culture Society" instead when we first started. Luckily, we were able to mash the two societies together later on, creating the K-pop and Culture Society, a name way easier to advertise!” 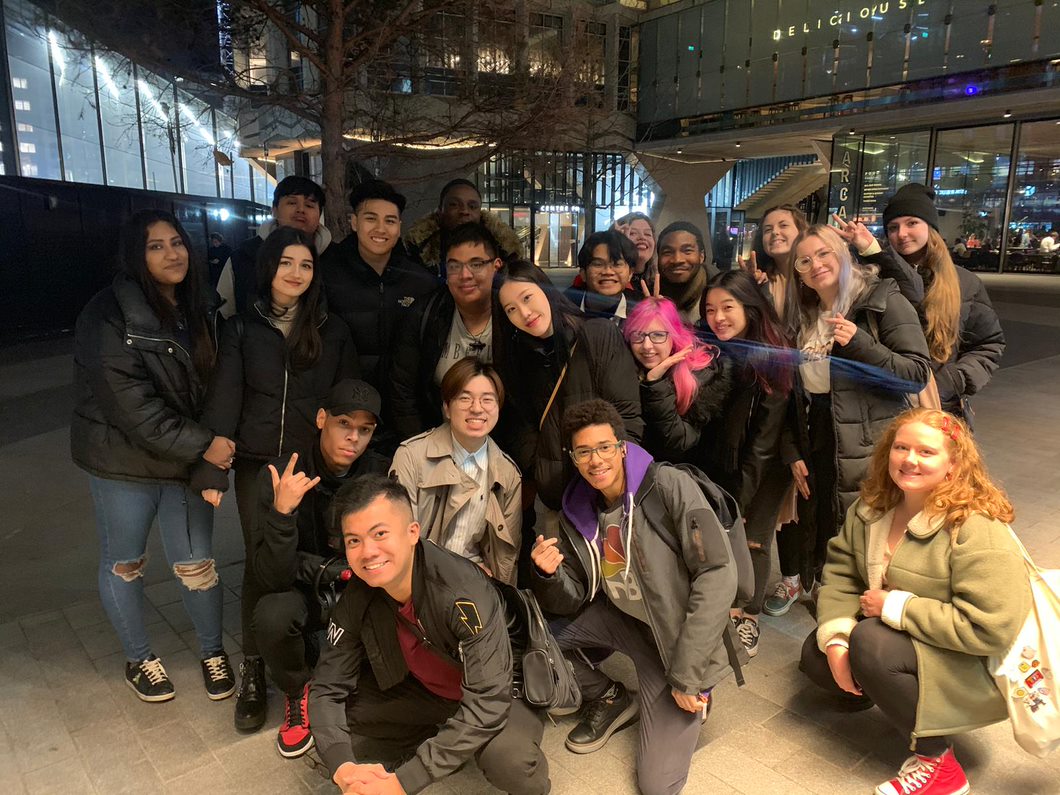 How has your experience been so far as a member?

Sara (President): “I'm so so happy about our decision to start a society. I had no idea I would get this close to the members and they really have made my last year in university my best one. I'm very grateful for having met all of them. There's no judgement or pressure and it feels very genuine when I'm around them.”
Thimeshi (M9TEEN member): “I didn’t hear about the society until I was in second year, so I joined in fairly late. I was worried that I wouldn't be able to fit in since I joined in later, nevertheless, everyone in the society were really nice and welcoming. Before joining, I didn’t know anyone at university who enjoyed listening to K-pop. Through being a member of the society, I also was able to improve my confidence and try something new by auditioning for the dance crew (M9TEEN). I had never auditioned before and thought I would try it for fun, to my surprise, I passed the audition and couldn’t wait to prepare for our upcoming performances. I'm glad that I became a member of the society and made such amazing friends.”

Giang (M9TEEN member):  “You could say that they are one of my first friends in the UK. I'm from a small country in Asia and this is also the first time I have lived away from my family. Firstly, when I was considering whether to join the group or not, many people stopped me because I'm a master student and the amount of studying at uni is quite heavy on me, but now I'm sure that this is one of the best decisions, because I'm so happy right now. It's so wonderful when you have a group that have the same hobbies and interests as you. Of course at first, shyness is unavoidable, but they've made me more outgoing, more confident and more open to share my stories. I really want to say thanks to everyone in my group who have given me a worthy uni life in MDX."

Rachel (Vice President): "It has been great and there's no feelings of pressure, it introduced me to new friends and I feel very comfortable.” 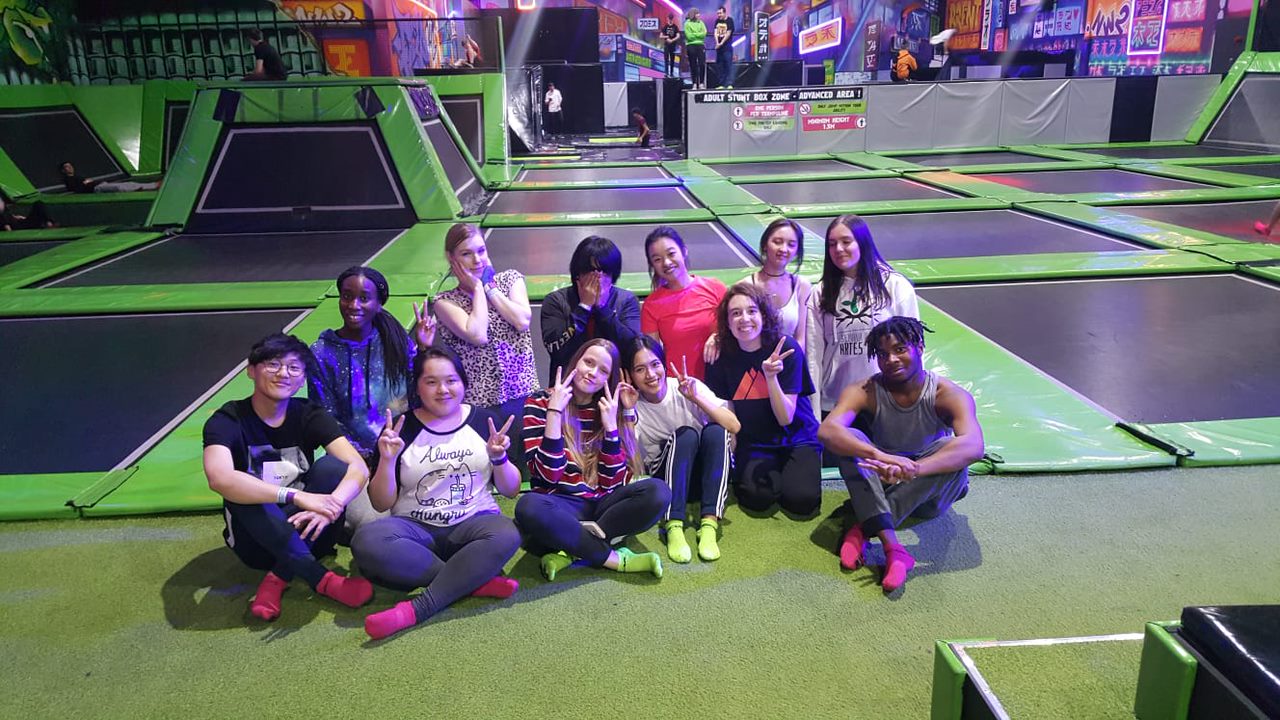 Is it exciting to see your community grow on campus?

Sara (President): “We hope we've created a safe place for our members on campus, and that they all know they have one place where they can be themselves fully without feeling judged for their interests, and we're so proud of how well everyone is getting along. It was quieter in the beginning for sure as everyone was getting to know each other, but as the meetings went on we've all become a lot louder, and whenever we see new members attending the meetings we do our very best to introduce them to all the current members right away.” 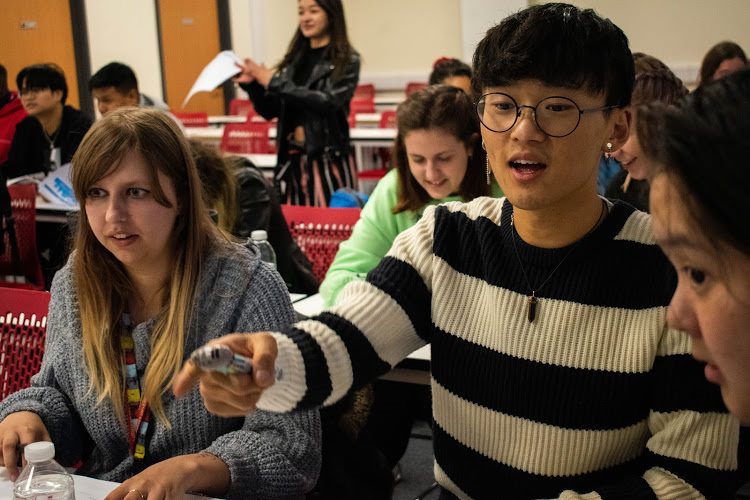 Tell us about your experience performing in central London

Sara (President): “It was incredible. I grew up with a bunch of activities that would let me perform, but I haven't had the chance to be on stage for almost 3 years since I moved to London, so it made me feel very warm and happy to get to do so again. The crowd we would gather during our performances, seeing the audience smile and dance along with us, and during our last two performances we had people shout out "one more time" after our boy group mashup, and someone shouting "M9TEEN" after our girl group mashup. It put the biggest smile on my face and I'm so grateful for the experience, although it finished too quick.”

Yuki Anass: “Performing in such a busy area was scary! We had prepared rigorously and was a little bit overwhelmed at the beginning, but as we stepped on the stage for our first performance, everything went away. A huge crowd of people formed as the music started to play and the energy we got from them was amazing, after that the other 3 performances were a lot easier, which made them even more successful than the first! Definitely something I'd love to experience again."

Azeil: “It was good to have my family there as well, but it's been really hard to practice since every time we've tried to book a room we wouldn't get any replies, so we've been room hunting alot of the time."

Giang: “I still remember the feeling, my heart was beating so fast when I saw the crowd, the feeling of being nervous to fall when I slipped on the stage under the rain, but I also remember the moment when we stepped on the stage, there were few people there but just after 30 seconds, a hundred people came, enjoyed and cheered us up. Then some people shouted out our name and said "encore", I felt like I could perform 100 more times.” 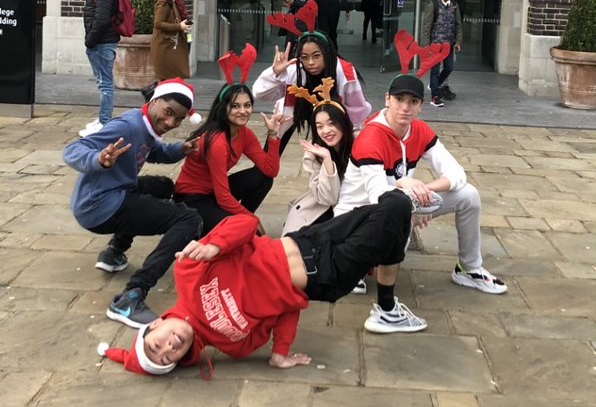 What type of events do you host?

Sara (President): “We have done so many different things this year due to our weekly meetings on Tuesdays from 6-8pm, and we try our very best to get the society off campus at least once a month. So far, it has worked out great with our Karaoke lounges in central London, our Korean BBQ dinner in Golders Green, late night club nights in Vauxhall Fire, and that time we went to Brent Cross' Trampoline Park. We even have high hopes of getting the society to Thorpe Park before we leave on Easter Break. Other than that our university activities ranges from ramen and chill (watching a Korean movie while slurping our noodles), Relay and other team games, dance classes, quiz and board game nights, and we cannot forget our weekly Bang Bang foodhall visits after every Tuesday meeting. You will definitely see a bunch of adults acting like they're kids again, but that's why we love it, everyone is so comfortable it doesn't matter what we look like!" 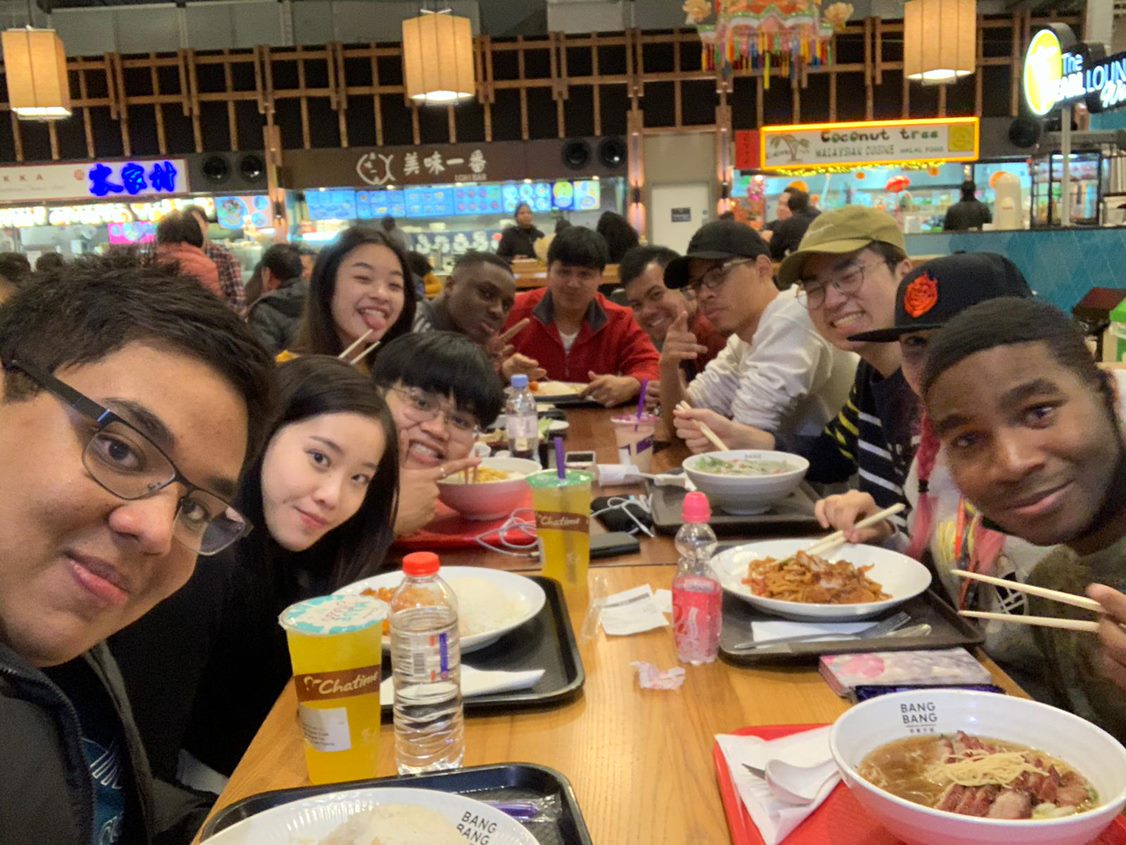 How has being part of society improve your MDX experience?

Azeil: “My experience of being a member of the k-pop and culture society was the best thing that happened in my entire 3 years of uni. At first I was hesitant to join this society because I had a bad experience with the first k-pop society, when I figured out that the president of the society was Sara, who I was living with in Ivy Hall during my first year, I decided to give it a try. I remember the first time we all went k-pop clubbing as a society, every member that was going to the k-pop club night contributed so that any members who didn't have enough money to pay for the ticket could still come with us. The society exceeded my expectations, it went from 0-100 real quick. It feels like I actually have a life because the society has a lot of events. I really hope that the society will have more recognition like the other societies.” 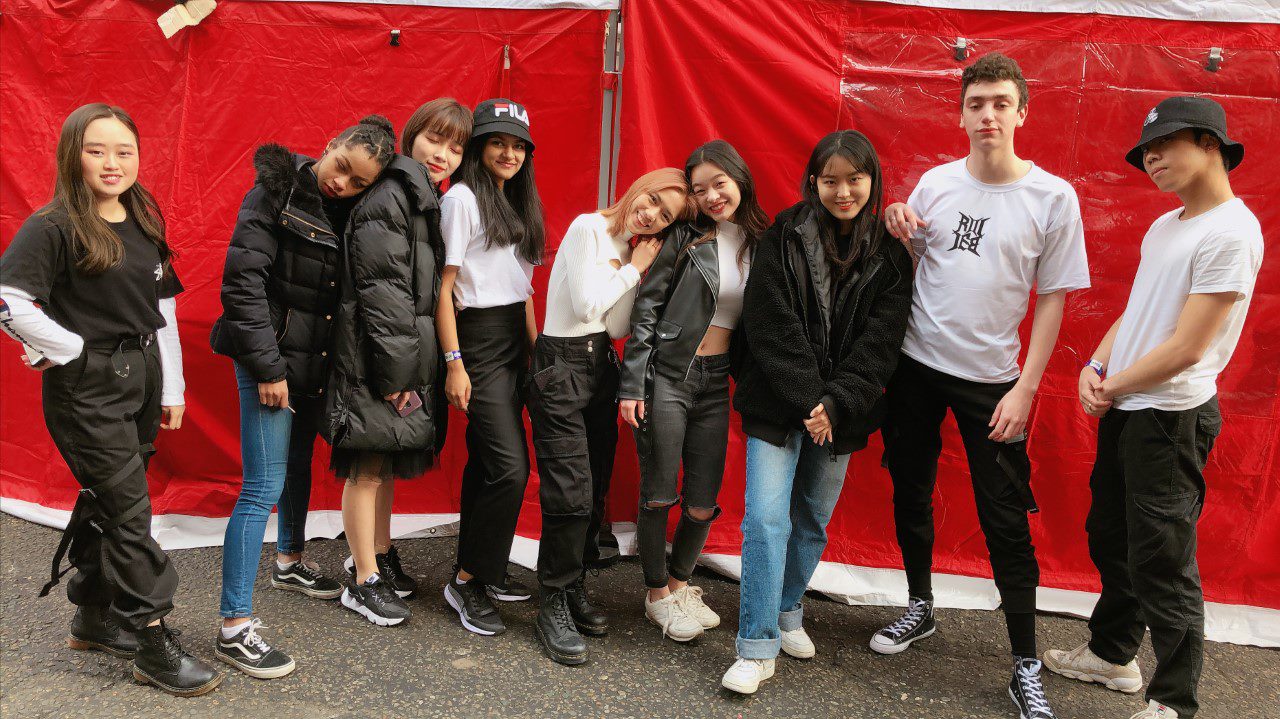