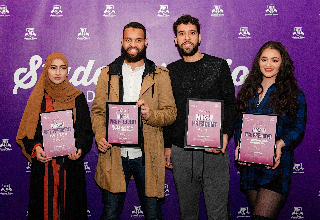 Your votes have been counted, and we can now announce the results of the MDXSU Elections 2019…

2,596 Middlesex University students voted between 10am Friday 1 March and 2pm Thursday 7 March, with a total of 7,264 votes being cast in five elections.

These five roles included the full-time President and three Vice Presidents, as well as Student Trustees, who attend our termly Trustee Boards.

Despite fewer roles being available, this year's elections still had over 30 students put themselves forward for the full-time positions, as well as 22 candidates for the three Student Trustee roles.

Thank you to everyone who voted and helped to shape the direction of their Students' Union and our priorities, and congratulations to this year's candidates for all you have achieved over the past week. Whether you were elected or not, you should be immensely proud of your hard work and your role in inspiring hundreds of your fellow students with your ideas for our University.

Read on for the results!

Each year, we ask candidates to nominate each other for a number of awards to recognise and celebrate their hard work. These we announced at Results Night in MDX House on Friday 9 March. Below are the awards and winners:

The below students will commence their roles in July 2019. The President and Vice Presidents have each been elected for a one-year term (unless they are re-elected for a second and final term next year), while Student Trustees are elected for two years.

Click here for a breakdown of the voting. For more information please email studentvoice@mdx.ac.uk.

As a charitable organisation, Middlesex Students’ Union has a Trustee Board which scrutinises and approves our strategy, work and finances. Student Trustees are not involved in day to day affairs, but take an overview of how the Students’ Union is performing. Over 20 students putting themselves forward for the role.

A total 1,310 votes were cast to decide which three students would join our Trustee Board, with the winning candidates as follows:

And the winner is... Khalid Abumaye 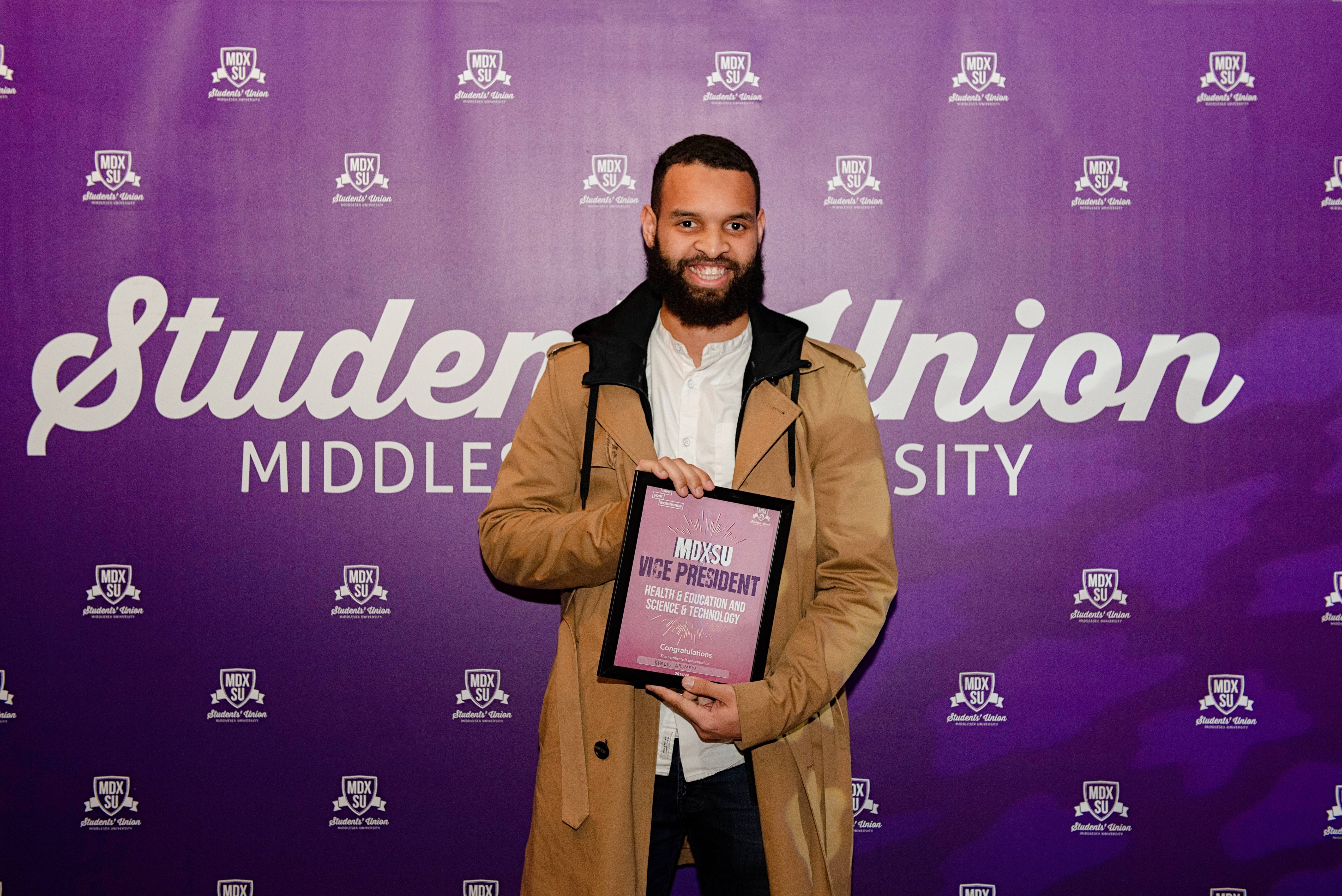 A total of 1,407 students voted to decide which of five candidates would become your Vice President Health & Education and Science & Technology next year. The three candidates who received the highest number of votes were Khalid Abumaye, David Temilade and Aymen Shahid, but the winner with 708 votes was Khalid. Click here for a breakdown of the voting.

And the winner is... Lucy Holland 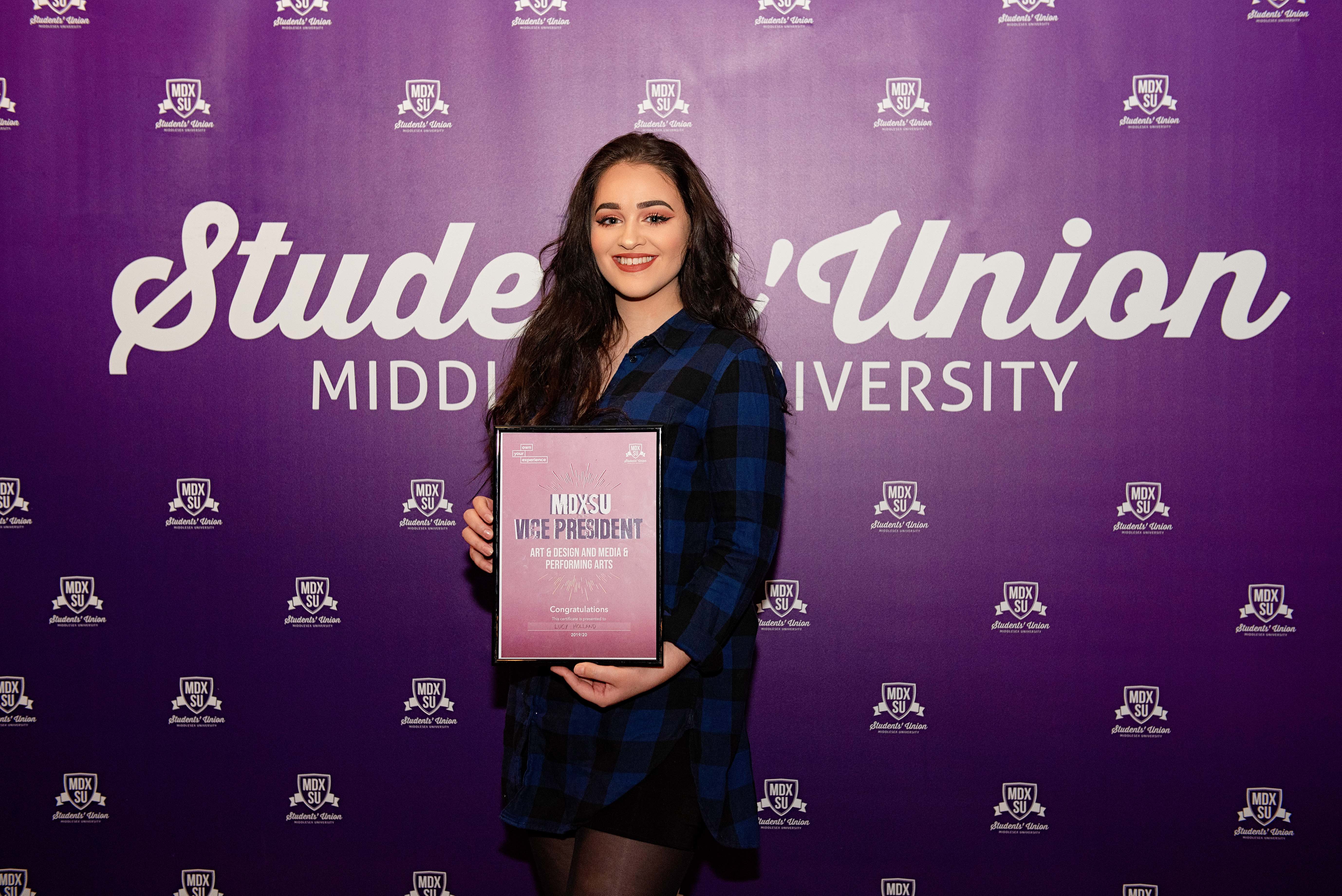 Four students put themselves forward for this role representing students within Arts & Creative Industries, with a total of 1,053 votes being cast. Current Vice President Lucy Holland was re-elected to a second term with a total of 504 votes, beating second place Arina Ko. Click here for a breakdown of the voting.

Click here to view Lucy's manifesto and see what Lucy has been working on so far and her plans for next year. Her manifesto points include creating a MDXSU list of trusted estate agents, more funding for the Kit Hub, abolishing graduation fees and anonymised course feedback for presentation at Programme Voice Groups..

And the winner is... Tahmina Choudhery 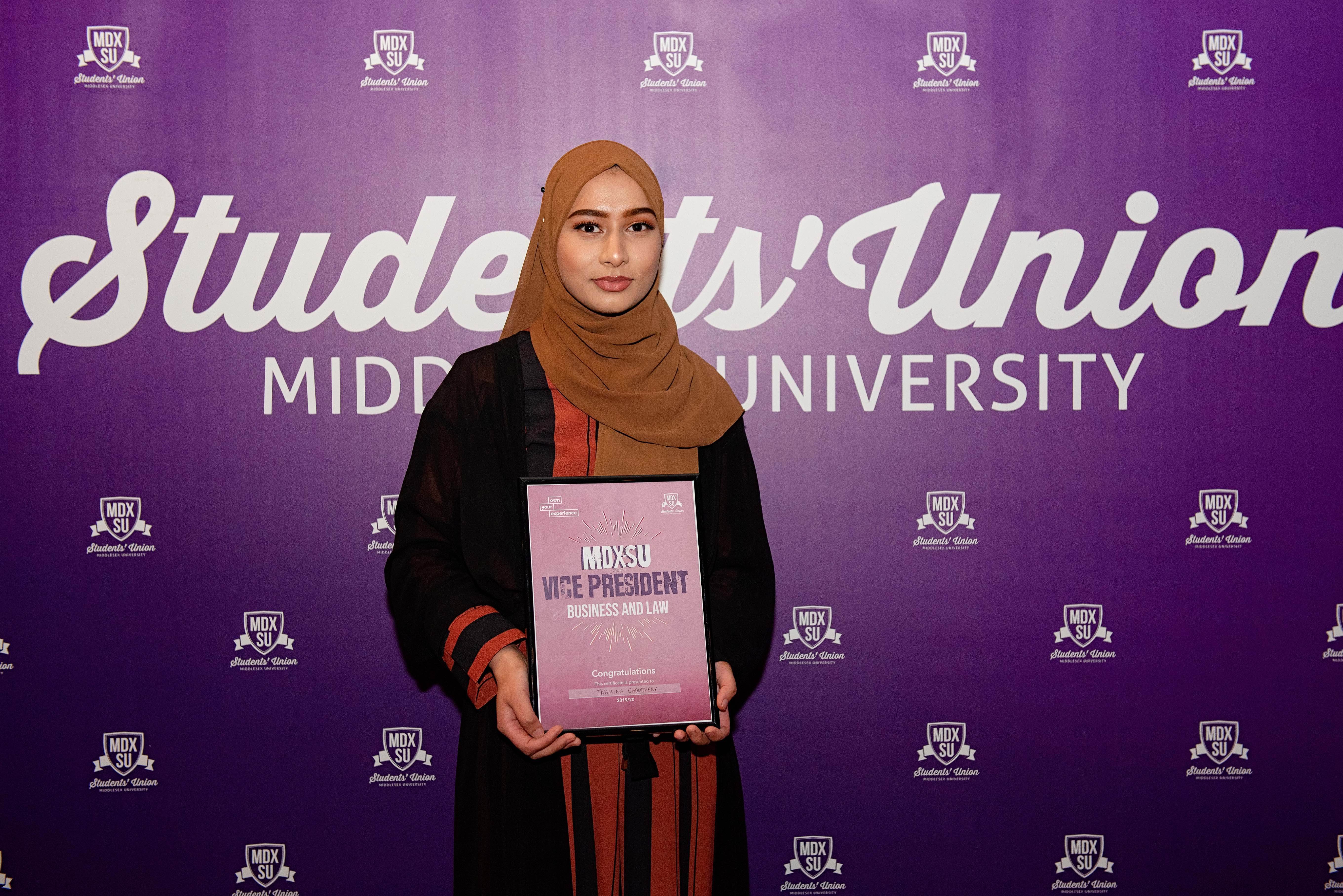 This was an incredibly close election, with ten candidates and a total of 1,562 votes being cast. The winner in this election was Tahmina Choudhery, with 701 votes after seven rounds of voting, followed by Derek Lamb and Uduak Benson. Click here for a breakdown of the voting.

Click here to view the manifesto that Tahmina was elected on, including pleges on variety of food, free shuttle buses from halls, inclusive sports for Muslim women students, refugee scholarships and spreading out deadlines and exams.

And the winner is... Anas Badar 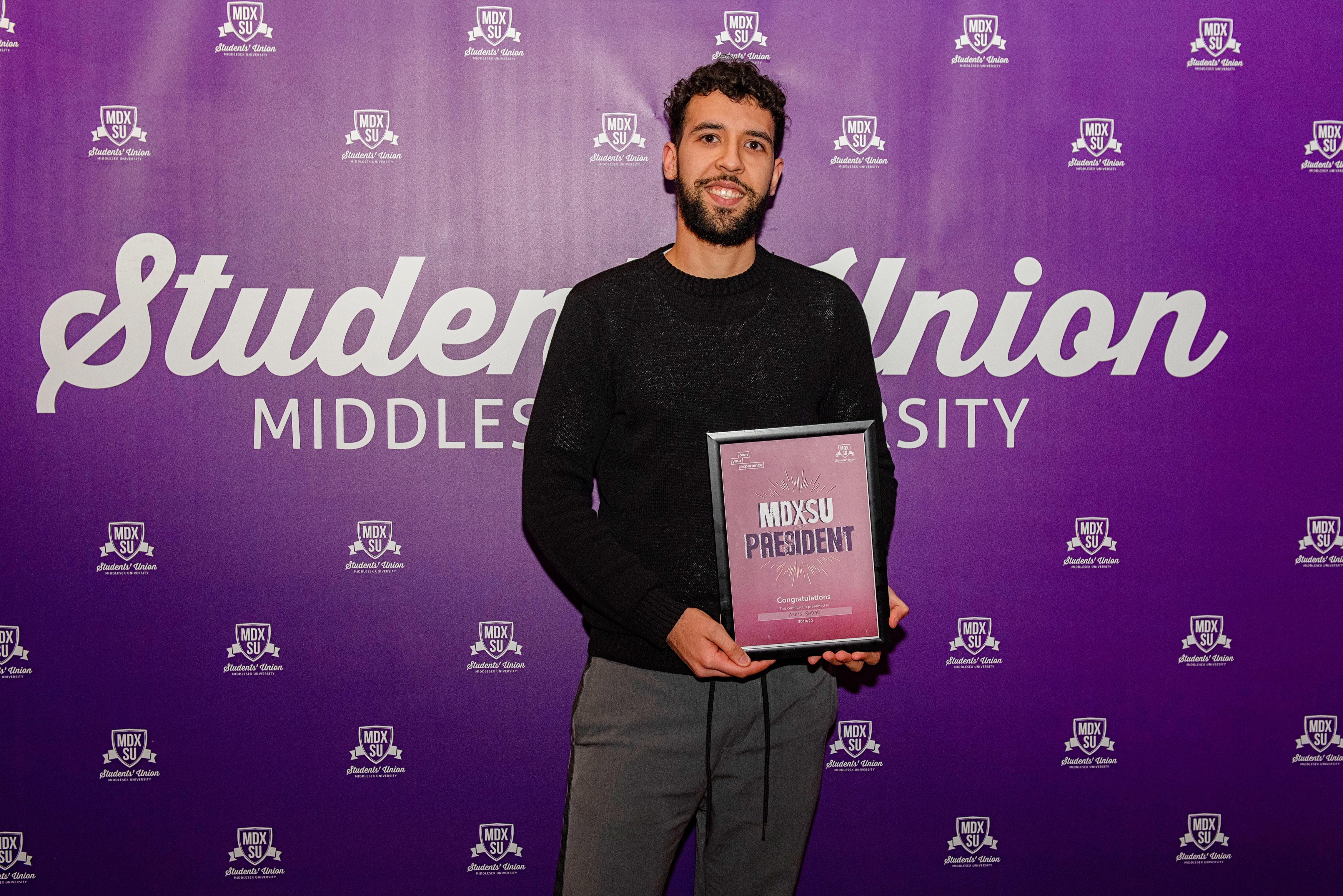 Almost 2,000 students voted to decide which of ten students would become President of their Students' Union next year, with the winning candidate receiving a massive 808 votes. Coming second and third in this election were Reygan Davison and Mo Elawad. Click here for a breakdown of the voting.

Click here to view Anas' manifesto, including pledges to support commuter and international students, improved facilities for students at Allianz Park and accreditation for student representatives.

All students are encouraged to engage in their Students’ Union and feed back on the work of their elected representatives. As part of this, all students are invited to attend our Annual General Meeting on Tuesday 23 April 2019, where you can find out more about MDXSU’s work and spending over the past year, and the progress of your officer team.

Between 10am Friday 1 March and 2pm Thursday 7 March, students across campus also voted on three referendum questions. These were suggestions from our Democracy Review over the past term, which were based on feedback from students and student leaders on how MDXSU could best represent them.

Students were asked to vote YES or NO on the following:

1. MDXSU should use multiple mediums to gather student feedback, and ensure students are involved in finding solutions at every stage of the policy decision making process

2. MDXSU should represent students academically at a faculty level, alongside representation based on students’ identity, circumstance, and extra-curricular activities they are involved in

3. MDXSU should continue to elect student leaders aligned to the Middlesex faculty structure

If you have any further queries about the MDXSU Elections or the referendum results, or about how to make change on campus more broadly, please email our team at studentvoice@mdx.ac.uk